Predisposing Factors that can lead to CCL Disease 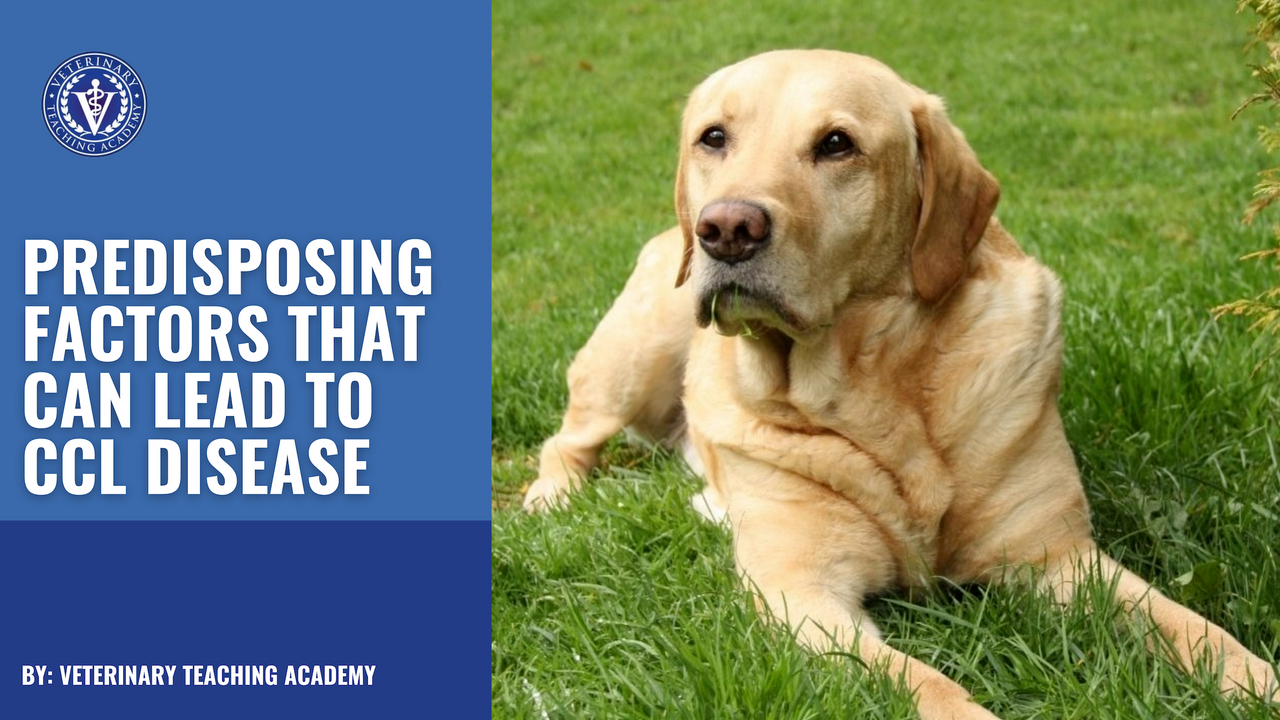 The following are the primary predisposing factors that can lead to cranial cruciate ligament disease or injury:

The cranial cruciate ligament is one of the most important stabilizers inside the stifle joint, and rupture of the CCL is one of the most common reasons for hind-limb lameness in our patients. There are a number of predisposing factors for CCL disease and rupture. The first is breed size. Larger-breed dogs are more susceptible to CCL disease than smaller-breed dogs. Another factor is gender. There's a difference in incidence of CCL disease between males and females. Early neutering also predisposes dogs to CCL injuries. Age is another factor, because ligaments become more fragile as the dog gets older. Overweight and poor fitness are also contributors. Dogs involved in athletic competitions are vulnerable to CCL injuries. Conformation is also a factor. Dachshunds have poorly shaped femurs, and squat bulldogs, Basset hounds, and other canines have conformations that can put stress on the CCL ligament and cause it to rupture. Dogs that have luxating patellas have a high propensity for CCL rupture as well.

Another factor affecting CCL injury is gender. Female dogs are more likely to rupture their CCL than males—at a rate of 65% in females compared to 35% in males in one study in which 165 cases were reviewed. There was no occurrence of CCL ruptures in either intact male or intact female dogs or in late-neutered females. So, if a client walks in the door with an older female Labrador Retriever that has a limp in a hind limb, our warning bells should be starting to go off that we may be looking at a CCL injury.

There are ongoing discussions about the benefits and drawbacks of neutering. Late-neutered female dogs have little to no signs of CCL disease or injury. However, in early-neutered dogs, the occurrence of CCL injury or rupture is 5.0% in males and 7.7% in females, representing a significant difference in the occurrence from both intact and late-neutered dogs.

The reason for this discrepancy can be summed up in two words: growth plates. When we neuter or spay these animals early, their growth plates are still active. After spaying, female dogs go straight into menopause. The bones stop forming, the hip joints stop forming, and often these dogs get hip dysplasia, which puts additional forces on the CCL ligament. I believe this is what’s causing the microtears in the CCL ligament. Also, the stifle joint isn't developing to its full maturity, so that's putting additional forces on the CCL ligament. New studies suggest that by allowing dogs to reach maturity before neutering—which means, for large breed dogs like Labrador Retrievers and so on, after a year of age—we're allowing those joints to reach full maturity. If we neuter after the dog reaches full maturity, we’re not seeing the evidence of hip dysplasia and joint laxity that we see in early-neutered dogs, and, hopefully, we're preventing these dogs from developing CCL injuries later in life.

We all know that allowing dogs to become overweight is bad for all sorts of reasons, and it’s well documented that weight plays a key role in the development of CCL-related injuries. In studies, the body weight of dogs with ruptured CCLs was significantly greater than in control dogs, weighing less that 22 kg and which had no CCL disease. Dogs weighing greater than 22 kg (larger-breed dogs) had a greater prevalence of CCL rupture. Dogs weighing more were also more likely to suffer bilateral CCL rupture. It’s been observed that 40% to 60% of dogs that rupture one CCL ligament will go on to have bilateral CCL ligament issues. This risk of bilateral ruptures goes up with body weight, but the biggest risk is associated with an increase in body-condition score.

CCL injuries are an old dog's disease. Two studies have come out providing data on average age of onset of CCL injuries in dogs. The first study showed that small-breed dogs averaged 8.7 years before CCL ruptures started appearing. Large-breed dogs averaged 5.8 years, giving a mean average of 7.7 years. A second study found an average of 8 years for CCL rupture in small-breed dogs and 7 years, on average, for large-breed dogs, giving a 7.3-year average for all dogs with CCL injuries. So, if you’re presented with an overweight, spayed female dog that’s limping on its hind limb, toe touching or slightly weight bearing, and between five and seven years of age, you're starting to build a picture of a possible CCL injury.

As we and our dogs age, our ligaments decrease in strength. This loss of strength has been shown to accelerate in large-breed dogs. The cruciate ligaments are bathed in synovial fluid, the volume of which also decreases with age. Lastly, there’s very poor blood supply to ligaments, so if the dog is getting repeated microtears, they’re likely not healing or not healing completely and, at some point, there’s a catastrophic release of that tendon, and we get a CCL rupture. That's why we get acute microtears that turn into chronic ruptures that, in turn, become full ligament tears. Joint laxity may occur with acute ruptures, weakening the joint.

Another predisposing factor for CCL disease is poor fitness—or poor body-condition score. If a patient has muscle wastage in the hind end, this creates a lack of support for the stifle joint. If a patient also has arthritis and doesn’t have sufficient musculature to adequately support those arthritic joints, like the hip or stifle, this can cause greater arthritic pain. Having great muscle around joints supports those joints and helps prevent and distribute additional shear force on the stifle joint and, more importantly, on the CCL ligaments. If there isn’t sufficient muscle, the full range of flexion and extension of that joint is compromised, and there’s loss of range of motion. We also get loss of movement of synovial fluid in and out of the ligaments as the joint loses its full range of motion, which can further weaken the ligaments.

It may be surprising to learn that only 1% of CCL ruptures result from acute, traumatic injury and 99% of ruptures are caused by chronic, degenerative changes resulting from early, acute, partial tears that lead to a complete tear. CCL disease is a slow degeneration of the ligament that can take months to years. We mostly see acute injuries of the CCL in athletic dogs or dogs that have sustained a blunt-force injury such as being hit by car or falling from a height. As a side note, this is totally the reverse for us humans, where 99% of our CCL injuries are caused by acute trauma and only one percent arise from degenerative changes and microtears.

Synovitis is defined as infection of a joint as a result of osteoarthritis, foreign objects in the joint, or anything that changes the environment of the joint. If we have a bacterial infection in a joint, that can play real havoc on the ligaments and articular cartilage as well as predispose the joint to the development of arthritis. It may damage the ligaments and cause degenerative changes to those ligaments. Anything that penetrates the joint, such as a foreign object, can set up a sepsis. Synovitis following surgery is also a big problem, as this can change that joint environment as well.

So, in summary, CCL disease in dogs is a slow degeneration of the ligament that occurs over months and years. That’s why it’s called an old dog's disease. We can see subtle changes as they happen, and that's why it's important to do girth measurements and range-of-motion measurements on a routine basis, so we can pick up changes to these joints before they become a problem and treat them accordingly. 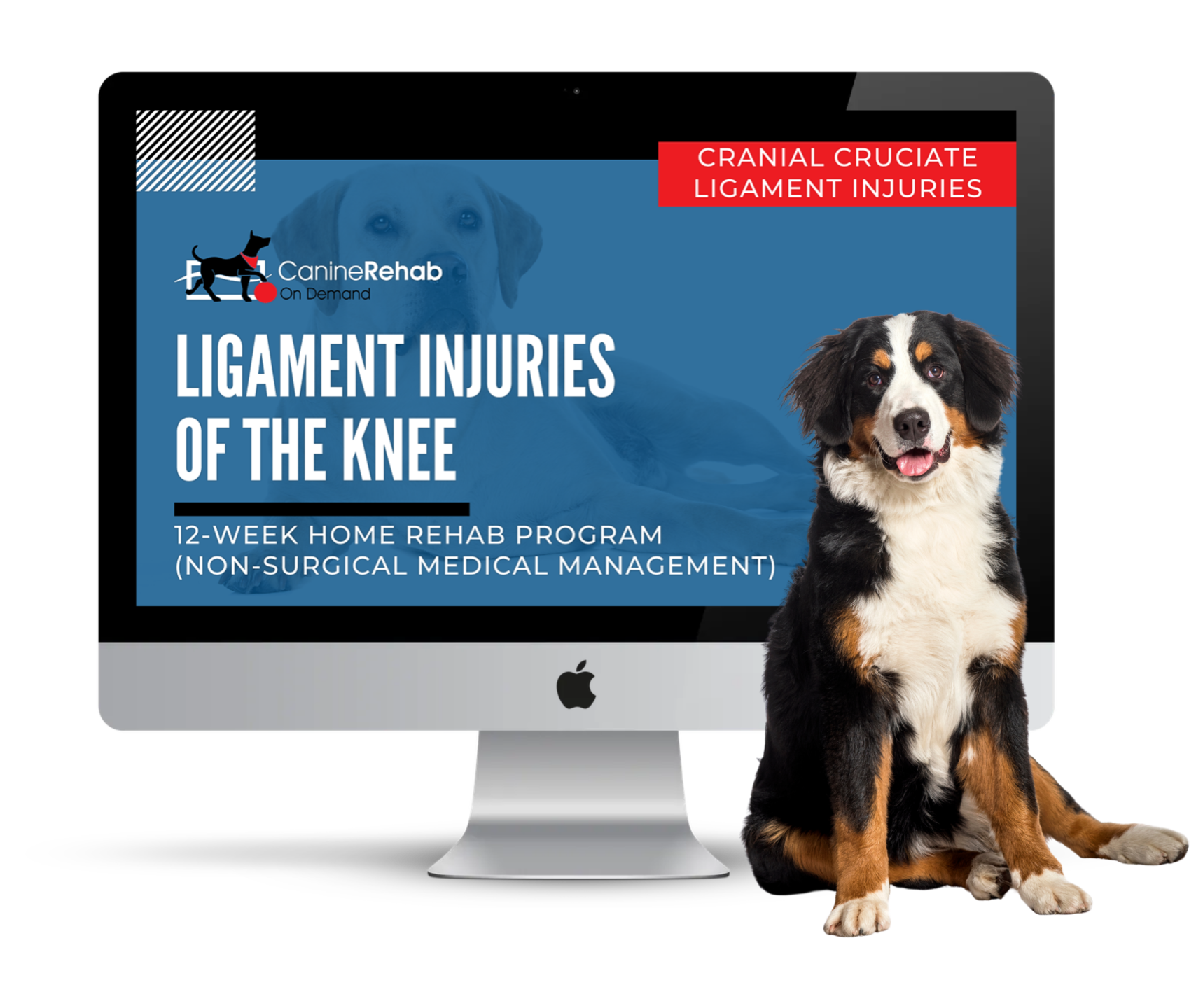 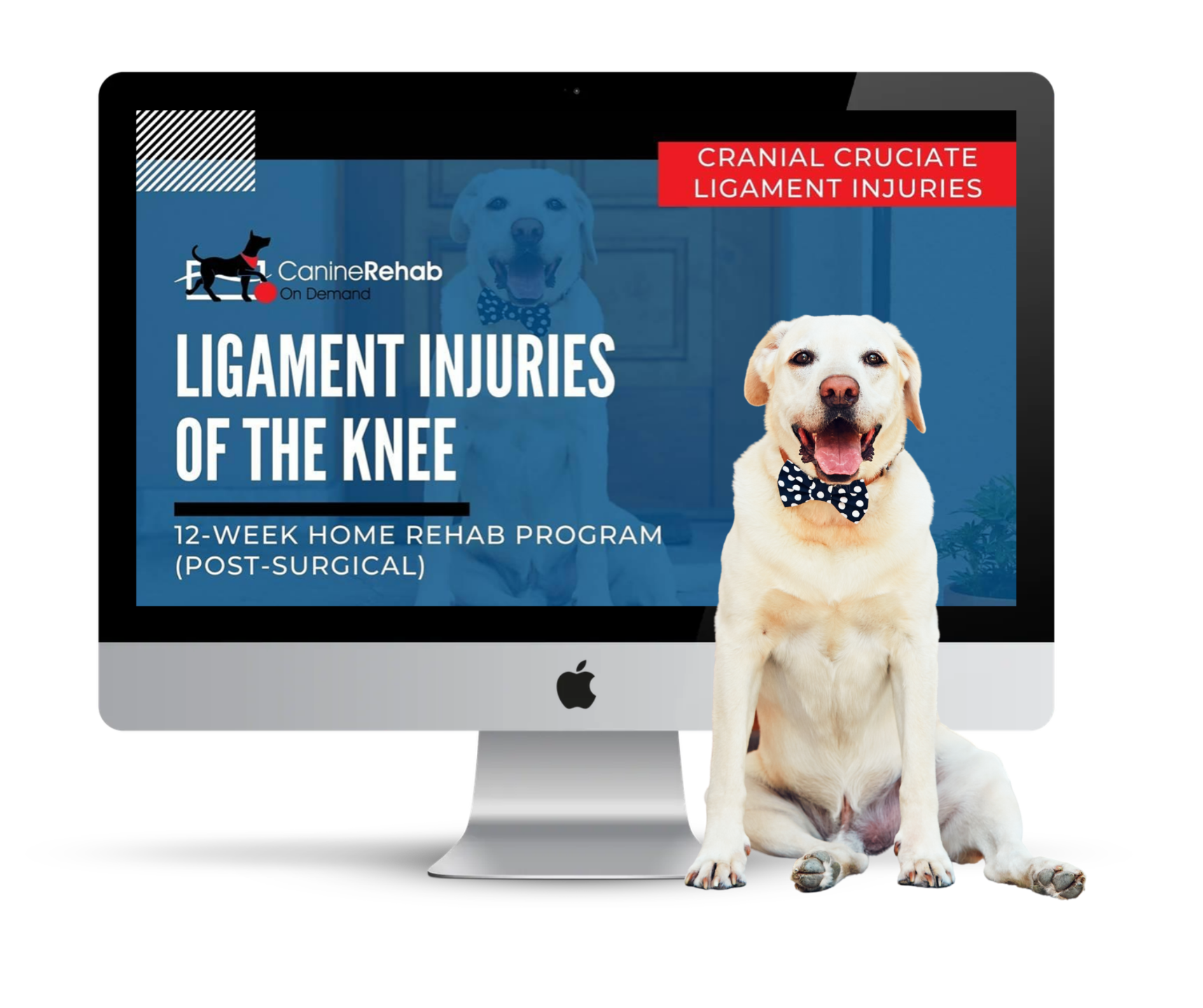 Stay connected with news and updates!

Join our mailing list to receive the latest news and updates from our team. Your information will not be shared. 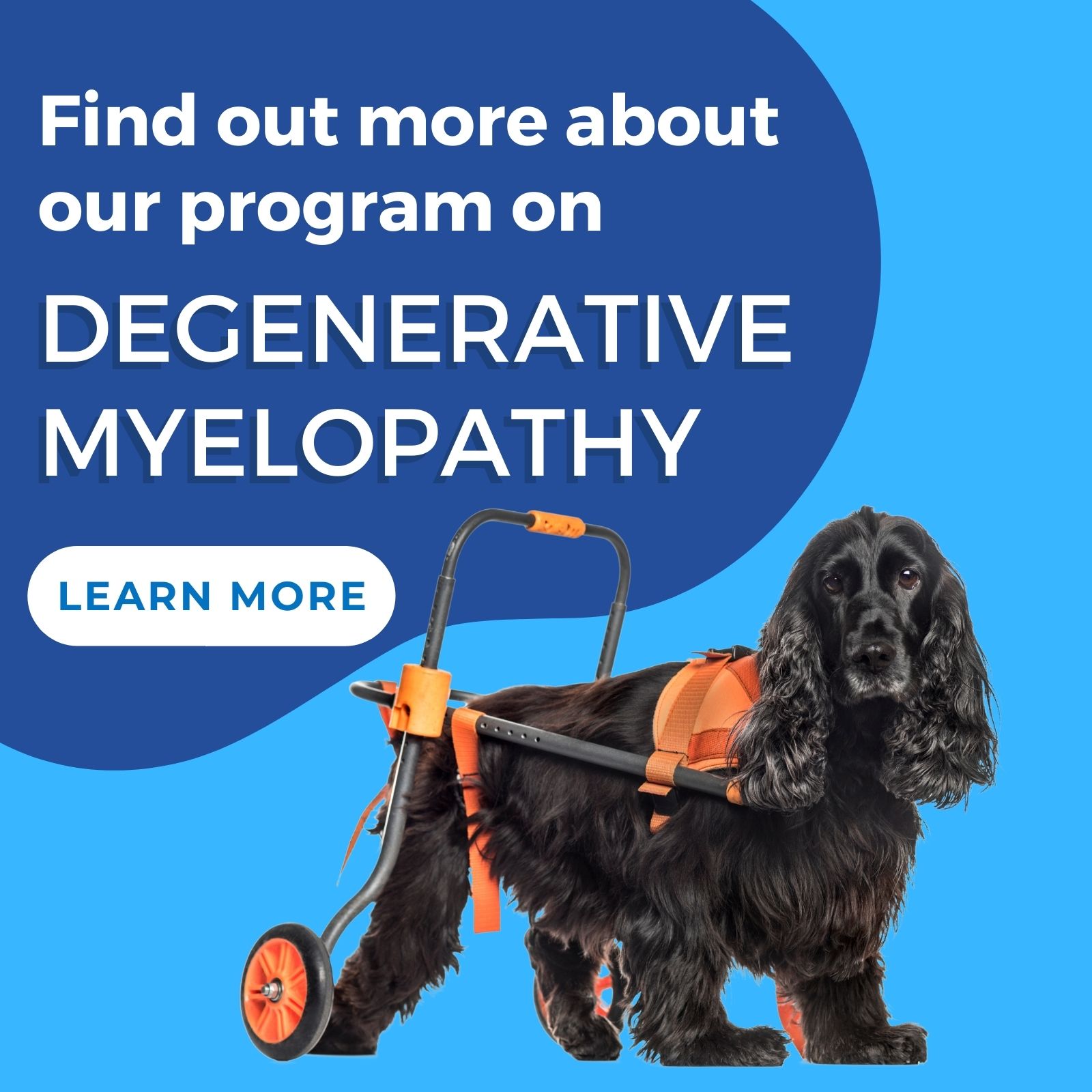 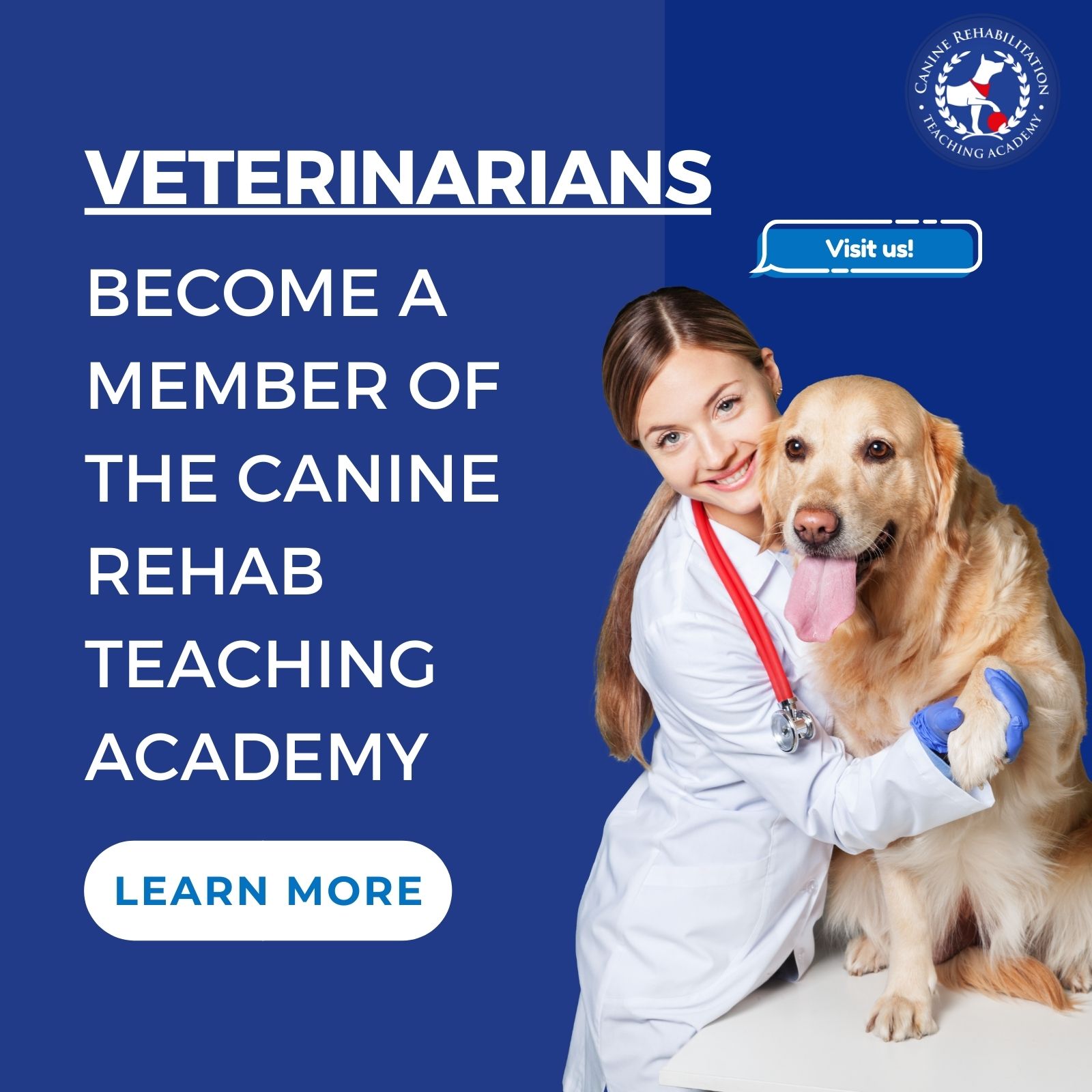 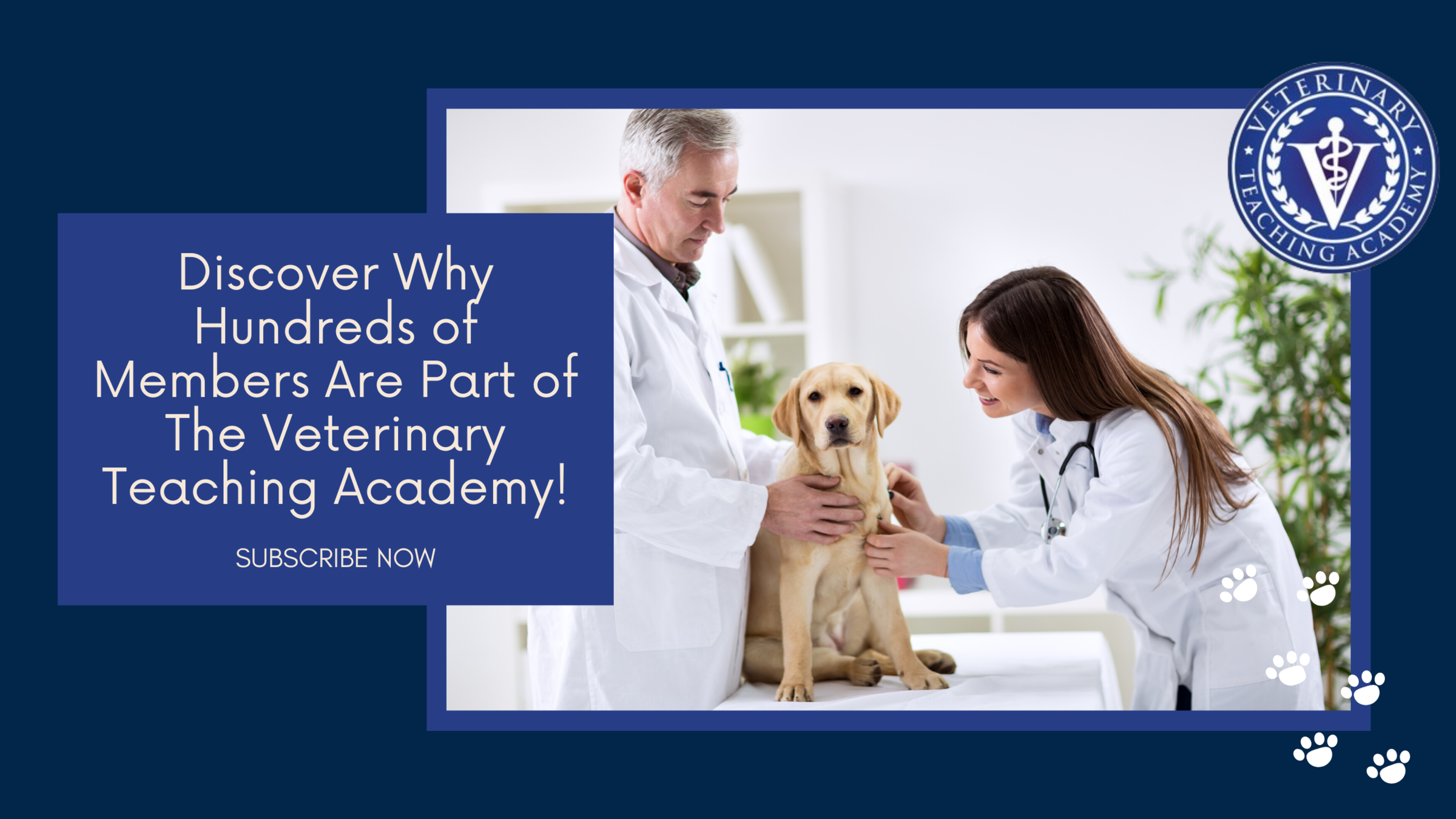